Ladders are one of the most common accessories in a household, office, or construction site. Ladders were used a very long time ago and they are still in use even today. A specific period of introduction of ladders cannot be pinpointed, however, with years, the diversity and design have changed. Today, ladders are safe and easy to use.

There are different types of ladders available on the market and most people know it. However, a majority consider purchasing one from a list of two or three types of ladders. Most of them are unfamiliar with the advantages of most of the other types of ladders. In this article, we would explain each ladder, which, in turn, could increase the number of options for you.

In general, as far as we know, there are 13 different types of ladder, here are they

Step ladders are one of the most popular and most commonly used ladders all around the world today. They are simple to use and a single person could mount them and climb on them. Since it is self-supporting and stable comparatively better than other ladders as they have 4 legs, they are commonly preferred by most customers over other ladders. Unlike other ladders, a step ladder comes with two sides, a user could climb any one of the sides as they prefer.

One of the key limitations of a step ladder is that height itself. However, this limitation will not be an issue when it comes to an extension ladder. As the name itself suggests, extension ladders are very taller when compared to step ladders. It could help the user reach greater heights, which, makes them best for painting ceiling, repairing the roof, repairing ceilings lights, fans, etc. But, unlike the step ladder, an extension ladder is not self-supporting. A mere look at the picture of this ladder would provide you general knowledge on the ladder.

Most people assume a step stool to be some sort of chair and not be a ladder. This is a wrong assumption; a step stool is taller than a chair and it is designed in such a way that it could be folded into a smaller size. This type of ladder is best to be used in smaller space and shorter height. While the step stool is not as tall as other ladders, it is cheaper and best for small rooms.

An attic ladder is designed to fit narrow space, especially hallways. These ladders are very lean and could support the weight of a person. They are commonly used to climb and reach the attic.

A-frame ladder is almost the same as that of a step ladder, but the overall design and durability are entirely different. The A-frame ladder is best known for the enhanced level of safety, stability, and durability it offers. It comes with 4 legs that make them self-supporting and balancing. It could be used to clean window glass, trim tree branches, hand holiday lights, etc. The extendable version of an A-frame ladder that is available on the market today is very tall and could reach as high as 10 feet.

Flexible rope ladders could be commonly seen in police training camps, and with the fire force. As the name itself suggests, the steps in this type of ladder hands on the rope. Therefore, it could be hung anywhere, most commonly most painter who paints tall buildings use such ladders.

This type of ladder is the same as that of A-frame ladder, but it comes with an extra shelf attached, this shelf could be used to hold paint cans, tools, brushes, screws, nuts, and bolts, etc.

This type of ladder has almost the same design as a step ladder or platform ladder, however, the size of the platform in a podium ladder is comparatively very large. A person could easily turn around on such ladders.

As the name itself suggests, this type of ladder has only five steps on it. Therefore, the height of this ladder is permanent. It is almost the same as that of a step ladder, but, the opposite side of this ladder does not have steps, instead, it supports the ladder.

Ladders are one of the commonly needed accessories for a household, office, or industry. However, if they are not selected based on hour requirement and the design. It could prove worthless in the long run. 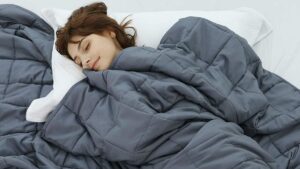 How To Choose The Best Blankets For Winter